The history of beauty is elaborate and complex. The beauty industry is often scoffed at for being superfluous and vapid. However, fashion and beauty trends often tie into more complex political and cultural happenings and create a visual timeline of history.

Wigs are just a small part of beauty history throughout the millennia. However, their rise and fall throughout the ages allude to shifting cultural norms and political turmoil. Here are some of the ways wigs changed the beauty and modern society.

When it comes to beauty throughout history, the Egyptian people are perhaps the most iconic and ahead of their time. Not only are the Egyptians recognized for creating the ancient version of eyeliner, but they’re also well-known for crafting wigs from plant fiber and wool.

In ancient Egypt, wearing wigs and rudimentary makeup was a status symbol that set the wealthy above the rest. These wigs were a far cry from the high-quality EvaWigs on the market today. Still, this undertone resonates throughout the course of history and ultimately set the standard for the beauty industry. While the looks have changed and evolved over time, the tone remains: beauty is power.

The prominence of wigs as a way to set the nobles apart from the peasants carried forward into the middle ages. Keep in mind that before running water was commonplace, hygienic practices were lacking. Even the wealthiest of individuals were prone to lice and lacked the haircare protocols we have in modern society.

Wigs became a way for the nobles to set themselves apart, by covering their thin, often non-existent hair with elaborate designs. At this time, the bigger and more eye-catching, the better. Large wigs were often created using hair dyed and held in place with wire, plaster, and powder.

Marie Antoinette became the most iconic wig-wearer of the times, often adorning her locks with politically charged decor. Paired with her “let them eat cake” statement, this elaborate show of wealth enraged her starving subjects. It was this showmanship that ultimately led to her execution at the dawn of the French Revolution. After that, wigs (understandably) faded from popularity for a while.

Throughout the Victorian Era in the 1800s, natural hair was the core of fashion. The image of seeing royal wig-wearing heads separated from bodies via the guillotine was still fresh in everyone’s mind. While some men opted for softer, subtler wigs, women looked into alternative forms of hair modification. For example, using padding and weaving to create voluminous updos. Hats came into high fashion during this period.

Wigs didn’t make a strong return until the 1950s, as the beauty industry was more focused on the invention of commercial hair dye. Synthetic hair dye entered the beauty industry spotlight in 1909, thanks to Eugène Schueller, the founder of the iconic beauty brand L’Oréal.

Wigs became popular among women throughout the 1950s. However, as racial tensions peaked in the 1960s, caucasian women left wigs behind, and African American women started to use them more regularly. This created another paradigm shift in the beauty business.

The cultural divide with wig use continued for decades. In the dawn of the 2000s, things began to shift again. For decades, wigs had been viewed as a fashion piece relegated for people who had lost their hair to cancer– at least for the Caucasian beauty industry. Around the early 2000s, Caucasian celebrities started being open about wearing wigs and created another shift in perception. They began emulating African American celebrities– Little Kim, for example– who openly wore wigs as a part of their image.

In 2009, wigs saw an evolution through the release of accessible hair extensions. Now, instead of using wigs to achieve long and luscious locks, the beauty industry released a product that everyone could get behind. Even so, some of the hottest celebrities today knowingly and proudly wear wigs.

In the 2010s and beyond, another cultural shift took place. Geek culture took over. No longer was playing Dungeons and Dragons and attending comic book conventions seen as unfashionable.

On the contrary, being a geek became cool. As conventions and geek culture skyrocketed in popularity, the practice of Cosplaying (costume role-playing) became a fashion trend. Now, everyday people who previously had little buy-in for the beauty industry invest heavily in colorful wigs and makeup that allow them to become their favorite fictional character.

Wigs and the Beauty Business

While the beauty industry evolves and adapts, it remains eternal. Those within the beauty industry, from marketers to innovators, are tasked with staying ahead of the curve. Wigs have had a particularly tumultuous journey throughout history and are expected to stick around for years to come.

This site uses Akismet to reduce spam. Learn how your comment data is processed. 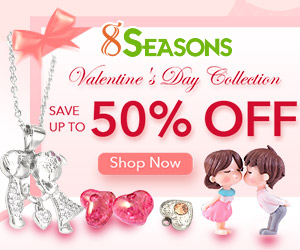 Do you take care about your hair? Everything you need to know about the folic acid ( ácido fólico para el cabello ) for your hair. Benefits, secrets and more. Discover FERRANN and their amazing products.
Another great tip, have your wedding photographed at San Francisco City Hall. Beautiful architecture and San Francisco is a great wedding destination.
This website uses cookies to improve your experience. We'll assume you're ok with this, but you can opt-out if you wish.Accept Read More
Privacy & Cookies Policy